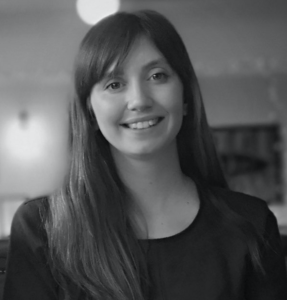 Everything you need to know about the 2021 Autumn Budget

“Employment is up, investment is growing, public services are improving, the public finances are stabilising, and wages are rising.” This is the backdrop against which Rishi Sunak presented the 2021 Autumn Budget.

Promising “a stronger economy for the British people”, the chancellor outlined his taxation and spending proposals. Here’s a summary of the key points and what they mean for you.

Firstly, though, a reminder of two important tax changes that have already been unveiled.

Back in September, the prime minister made two headline-grabbing tax announcements.

This rise will be rebranded as a “Health and Social Care Levy” from April 2023, when National Insurance rates will revert to their current levels.

From April 2023, anyone who is working beyond the State Pension Age will be asked to pay 1.25% on their earned income for the first time.

In addition, Dividend Tax rates will also rise 1.25 percentage points from April 2022. The £2,000 allowance will remain, but anyone earning more than £2,000 in dividends will pay a higher rate of tax.

The economy is recovering quicker than expected

The chancellor began his speech by outlining Office for Budget Responsibility (OBR) data that expects the economy to return to pre-Covid levels at the start of 2022.

Sunak also said that he expects inflation to average 4% over the next year. He highlighted two reasons for this:

“I am in regular communication with finance ministers around the world and it’s clear these are shared global problems, neither unique to the UK, nor possible for us to address on our own,” he added.

The improving fiscal position also means that the chancellor forecasts a return to spending 0.7% of GDP on foreign aid before the end of this parliament.

The chancellor also confirmed that every government department will get a real terms rise in spending each year.

While the main tax announcements have already been made, the chancellor announced several reforms:

In a tiny technical change, the deadline for residents to report and pay Capital Gains Tax after selling UK residential property will increase from 30 days after the completion date to 60 days.

The chancellor also set out plans to reform alcohol duty, made possible because the UK has now left the European Union.

Arguing that the tax, first introduced in 1643 to pay for the Civil War is “a mess”, the main duty rates will reduce from 15 to 6 around the general principle of “the stronger the drink, the higher the rate”.

Shares in pub chain JD Wetherspoon jumped 5.5% on the news.

Finally, the chancellor announced a total of £7 billion of cuts to business rates. The retail, hospitality, and leisure sectors will benefit from a 50% business rates cut for one year, enabling businesses to claim a discount on their bill up to £110,000. This will benefit cinemas, music venues and so on.

Sunak concluded his speech by confirming that “my goal is to reduce taxes” calling it “my mission for the remainder of this parliament”.

This is the highest level since late in Clement Attlee’s post-war Labour government in the early 1950s, when the economy was struggling after the economic shock of the second world war.

To boost the building of new homes, the chancellor announced an £11.5 billion fund to build up to 180,000 new affordable homes. He described it as “the largest cash investment in a decade, 20% more than the previous programme”.

These were made available to customers via NS&I on 22 October and will be on sale for a minimum of three months. These three-year fixed-term savings products will pay an interest rate of 0.65% and customers can invest between £100 and £100,000.

As with all NS&I products, the Green Savings Bonds come with a HM Treasury-backed 100% guarantee.

Changes to the National Living Wage and Universal Credit

The National Living Wage (the minimum wage) for over-23s will increase from £8.91 to £9.50 an hour. This represents an increase of £1,000 a year for a full-time worker and more than 2 million people will benefit.

“To make sure work pays”, the chancellor announced a change to the Universal Credit taper from 63p to 55p and promised to introduce this before December 1. He will also increase work allowances by £500 a year to help working families with the cost of living.

This enables more working families on the lowest incomes but working to keep more of their earnings. Sunak says that a single mother of two renting, and working full-time on the National Living Wage, will be better off by around £1,200.

Sunak unveiled a raft of spending commitments in areas from education to health.

Sunak also announced £205 million to transform grass-roots sport by funding up to 8,000 community sports pitches. He also committed £11 million towards the FA bid to host the 2030 World Cup.

There will also be £2 million for a new Beatles attraction on the Liverpool waterfront.

If you have any questions about how the Autumn Budget will affect you and your finances, please get in touch.

The content of this Budget 2021 summary is intended for general information purposes only which is not intended to address your particular circumstances. The content should not be relied upon in its entirety and shall not be deemed to be, or constitute advice.

Dividend Tax rate rise: Could it affect you?

Why you need to understand your State Pension entitlement

Synthesis Wealth Management Limited is an appointed representative of Sense Network Ltd which is authorised and regulated by the Financial Conduct Authority. Synthesis Wealth Management Limited is entered on the FCA Register (www.fca.org.uk) under reference 921078. Synthesis Wealth Management Limited is registered in England and Wales No. 12431691 Registered Address: 28 Brock Street, Bath, BA1 2LN. The Financial Conduct Authority does not regulate tax advice. The information or guidance contained within this website is subject to UK regulatory regime and is therefore restricted to consumers based in the UK. The Financial Ombudsman Service is available to deal with individual complaints that clients and financial services businesses are not able to resolve themselves. To contact the Financial Ombudsman Service, please visit www.financial-ombudsman.org.uk |  Privacy Notice